Museums, Immersive Experiences and Beyond

Meet worldwide innovators from the academic, museum and startup realms, whose projects utilize digital technologies in the service of cultural heritage preservation and issues of historical societal import. 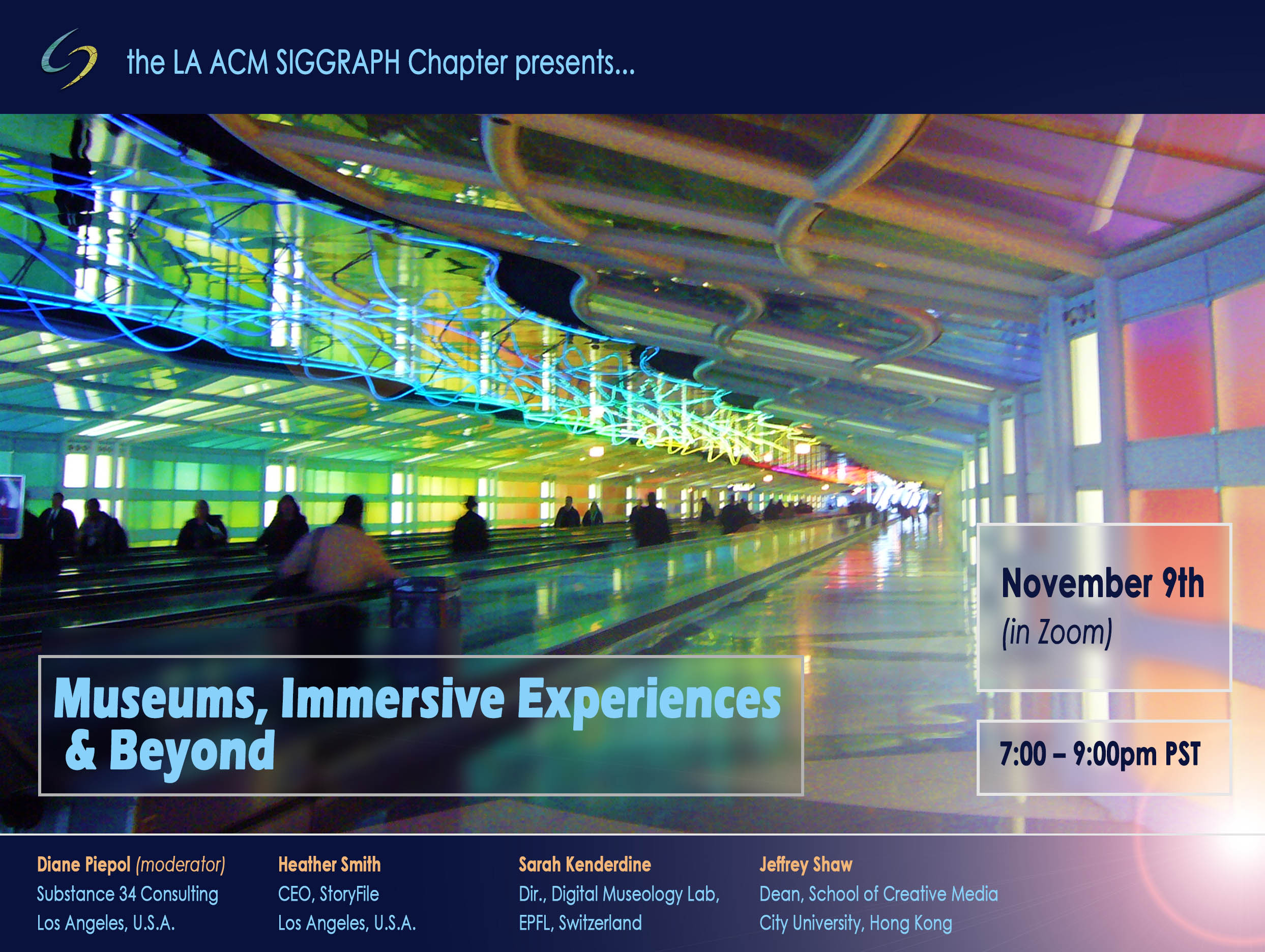 There is a quiet revolution evolving in the realm of experiential museum design globally. Often called “Immersives”, some of these digital-based experiences incorporate extended reality (XR) techniques such as augmented reality and virtual reality. Others employ large-scale, sensory-engaging, projected environments or domes that offer unique interactivity and many selfie opportunities to visitors. All generate feelings of discovery and what might be called “ah hah” moments.

Our program focuses on an intriguing subset in the Immersives arena, namely, experiences focused on supporting cultural heritage preservation and historical issues of social importance.

Our participants include Heather Maio Smith, CEO, StoryFile, who is an experiential exhibit designer. She is concept creator and producer behind the Virtual Holocaust Survivor project at University of Southern California’s (USC) Shoah Foundation. These interactive survivors and other historically relevant virtual persons are now conversing at many museums. Currently, Heather is focused on creating a conversational platform online for the general public via her company StoryFile. William Shatner recently recorded with StoryFile Life to preserve his life’s legacy. You can converse with him now.

Sarah Kenderdine is Director of the Lab for Experimental Museology at EPFL in Lausanne, Switzerland. Jeffrey Shaw is Dean of the School of Creative Media (SCM), City University, Hong Kong. They each have extensive careers as “new media” researchers and artists, as well as being long time collaborators. Their large scale 360°degree immersive experience installations with AR interactivity often focus squarely on topics of cultural heritage preservation. They have been widely exhibited in Europe, Australia, Asia, and India. Virtual reality, data analytics, motion capture and more are featured in their works. We will have the opportunity to hear about their latest exhibition The Atlas of Maritime Buddhism which is now open in Hong Kong.

Diane Piepol, Principal, Substance 34 Consulting, is producer and moderator for this program. She is known as the producer of mixed reality and spoken word interactive character projects at USC’s Institute for Creative Technologies (USC ICT). Among these are the NSF-awarded Virtual Museum Guides at the Boston Museum of Science. She has also produced dozens of public programs on creative tech including for The Academy of Motion Pictures’ Science and Technology Council (SciTech), LA ACM SIGGRAPHand USC ICT.

Join us November 9th to learn how these pattern-breaking innovators have transferred their work from R&D in the lab to public venues in person and online.

This is a free Zoom event. You must register with Zoom to get access to the event.

This event is open and free to everyone. You must register through Zoom to get access to this Webinar. We always appreciate a donation or Chapter Membership to help cover our expenses.