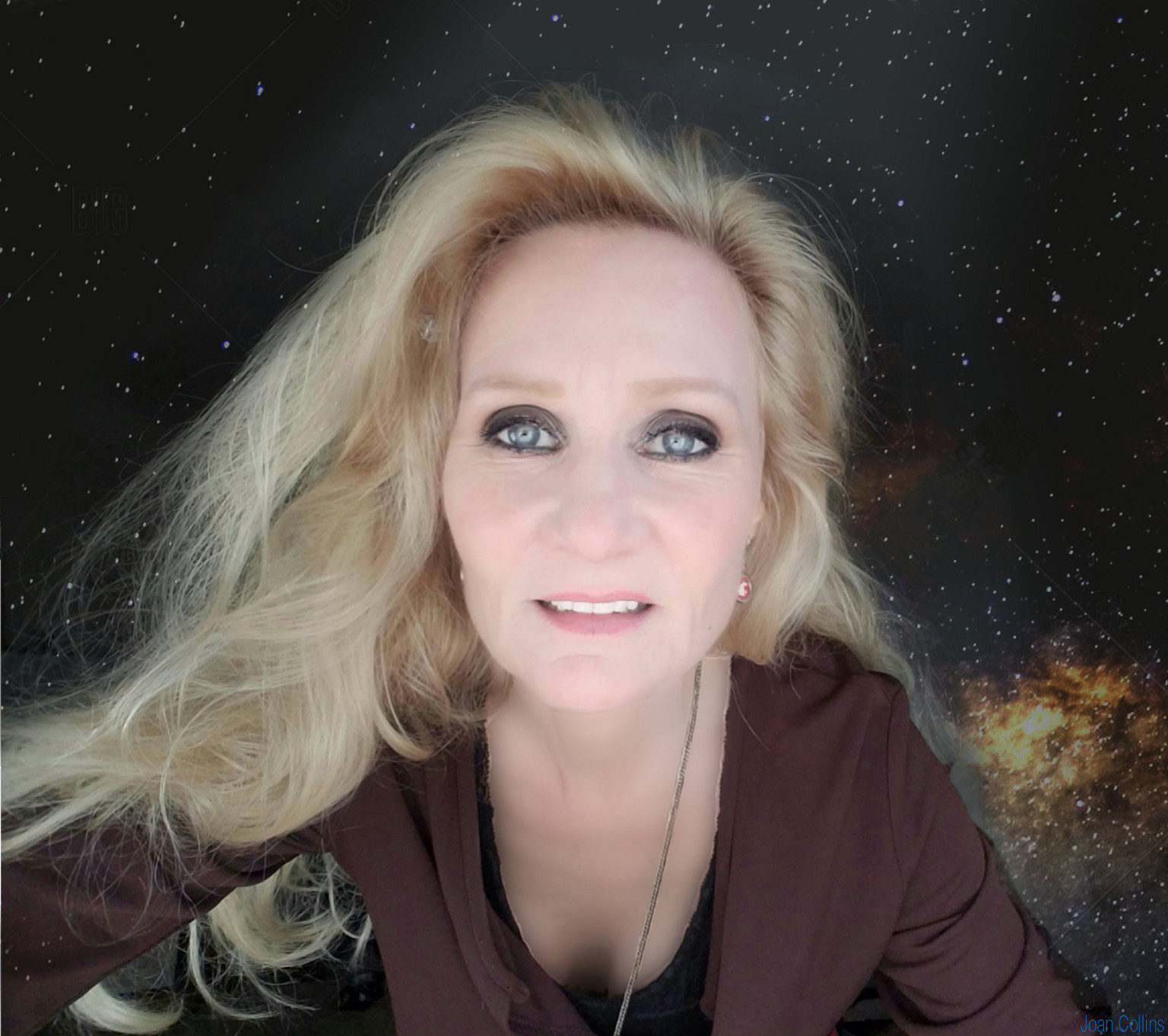 Joan Collins has been a continuously active member of ACM SIGGRAPH since 1980. She Co-Chaired the SIGGRAPH 1995 Electronic Theater and the Computer Animation Festival.  She was Chair of the SIGGRAPH 1987 Film and Video Show in Anaheim, and was the AV Chair for SIGGRAPH 1989 in Boston. Joan has served on the LA Chapter’s executive board since 1981, and chaired the group for eight years, and is currently the Chair Emeritus.

Joan has been an Artist/Producer working with site-specific projection for 30 years. She has also produced computer graphics for 20 movies, 55 TV commercials, 33 concert tours, and moderated 120 events. She created her first Feature CG sequence in 1984 for an OmniMax film called The Magic Egg.

Joan has archived computer graphics content from 40 years for the Los Angeles SIGGRAPH Chapter from meetings held since 1978. They include photos, newsletters, bios of past Chairs, rosters of previous Executive Committees, historical timelines, summaries of monthly meetings, photographs and video recordings of monthly presentations, and more.

She created her first Feature CG sequence for an OmniMax film done in 1984 called THE MAGIC EGG. She also created CG light displays for the 1984 OLYMPIC Closing Ceremonies, and Steve Wosniak’s “Us FESTIVAL,” specializing in large-scale projection techniques. She worked with Ron Hays to coordinate during his FACE OF A THOUSAND NATIONS, where he famously flew in a UFO over the audience of 500,000 at the “Us FESTIVAL.” Joan also worked with Ron Hays to create images projected on the entire front of the Hollywood Bowl in 1987 for HOLLYWOOD’S SALUTE TO MGM. Ron also worked with Joan to produce the Opening Sequence for the SIGGRAPH 1987 SHOW. They used six-inch-slides projected, covering the entire ceiling of the Anaheim Arena. Crowd 19,500 total.

Joan was the Founder of the Board of Directors, ON THE THRESHOLD, INC., 1985; A Corporation set up to encourage an interdisciplinary mix of electro media. The ON THE THRESHOLD workshop integrated 17 acts of dancers with real-time digital manipulation of CG, and lasers on multi-screens with giant video and film projectors. It was with the help and support of Ron Hays, EZTV, and LA ACM SIGGRAPH’s participation, that historically made this one night, become the turning point for Hollywood’s multi-media events.

Joan created a digital CG PEACOCK for a live-performance projection in A TRIBUTE TO INDIA, performed at the Los Angeles show, and then toured India in 1986 with the Philadelphia String Quartet. She was Executive Producer at Sidley Wright in 1992 for the Emmy Award winning National Gallery of Art project called the MASTERS OF ILLUSION.

Joan ran operations of the DESIGNER AND COMPUTER GRAPHICS Conference in 1982; and at the ON THE THRESHOLD OF A DREAM show, which was the first ELECTRONIC THEATER with live performances; Cal Tech, 1983.

In 1983 she produced the two largest graphics displays in the world. In Atlanta, lasers project three, 52-minute, separately animated sequences, at a width of 1000-feet across the side of the mountain; all synched to music. 20,000 people watch every evening. At Disney World EPCOT Center; four, 30-foot water-screens on barges in the EPCOT lagoon had laser animation scanned on them, while a 60-foot, fiber-optic sphere animated in the center. Joan Produced this LASER PHONIC FANASY for Lasermedia, with Adam Bezark.

She has a long list of credits for producing, organizing, promoting, and staging concerts and events for a World’s Fair, live webcasts, satellite broadcasts, and major artist’s concert tours. In October 1995 she pulled together the Graham Nash LIFE SIZE show. The projected images were triggered in Atlanta, and rendered in real-time in Los Angeles, and sent over ISDN lines. In 1984 she also co-produced LASER DANCE, an event for Lasermedia that tested fiber optics as illuminated guitar strings, used as Sheela E’s drumsticks and Prince’s PURPLE RAIN shower.

EDUCATION: UCLA, 1980-1983. She was in the first group through the CG Department, and was a T.A. for John Whitney, Sr. She helped on the first Visual Music Alliance awards in 1981 and started LA ACM SIGGRAPH. Joan received her BA in Communications and Fine Art from Washington State University, WSU in1980; and was the Recipient of Art Scholarship, in 1976. RELATED PUBLICATIONS