Winn Schwartau, Chief Visionary Officer for SAC Labs, A division of KnowBe4, is a Fellow of the Royal Society of the Arts and a Distinguished Fellow of Ponemon Institute. After a career in entertainment audio engineering, working on live concerts, studio albums and TV shows, Schwartau focused on developing DoD cyber-security technologies. He coined the term “Electronic Pearl Harbor” while testifying before Congress in 1991 and showed the world how and why massive identify theft, cyber-espionage, nation-state hacking and cyber-terrorism would be an integral part of our future. He was named the "Civilian Architect of Information Warfare", by Admiral Tyrrell of the British MoD. Schwartau’s predictions about the internet & security have been scarily spot on. His new book, Analogue Network Security, is a mind-boggling mathematical, time-based and probabilistic approach to justifiable security. Schwartau previously authored other books, including the seminal and visionary book Information Warfare: Chaos on the Electronic Superhighway (1994), which first articulated the state of cyber-security the world is experiencing today. His honors include International Security Hall of Fame: ISSA; Top-20 industry pioneers: SC Magazine.; Top 25 Most Influential: Security Magazine; Top 5 Security Thinkers: SC Magazine. 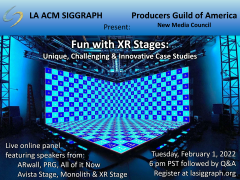