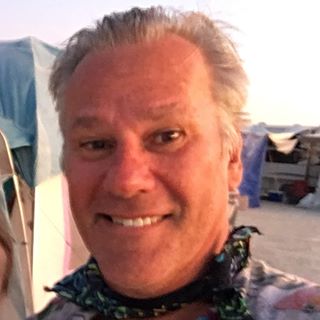 Kleiser has consulted with the Bose Corporation on experimental multichannel sound systems, and has built a DIY Atmos mixing room at the Synthespian Studios facility in Hollywood. The new company is called UndertheSign Studios, and Kleiser will be demonstrating 3D sound design using particle systems to send 3D sound data to Atmos. The presentation will be streamed in binaural Atmos format, so participants should have headphones available.

Jeff has been a member of ACM/SIGGRAPH since 1977 – Present that is 43 years.

Visual Effects Supervisor.  Jeff Kleiser’s pioneering work in computer animation has spanned the history of the medium and many of his projects have involved the creation of computer-generated humans and creatures in a wide variety of formats.  He was a Location Based Entertainment Supervisor for:

Jeff Kleiser has presented papers at the VIRTUAL HUMANS Conference. He is also a member of the ACADEMY of Motion Picture Arts and Sciences.