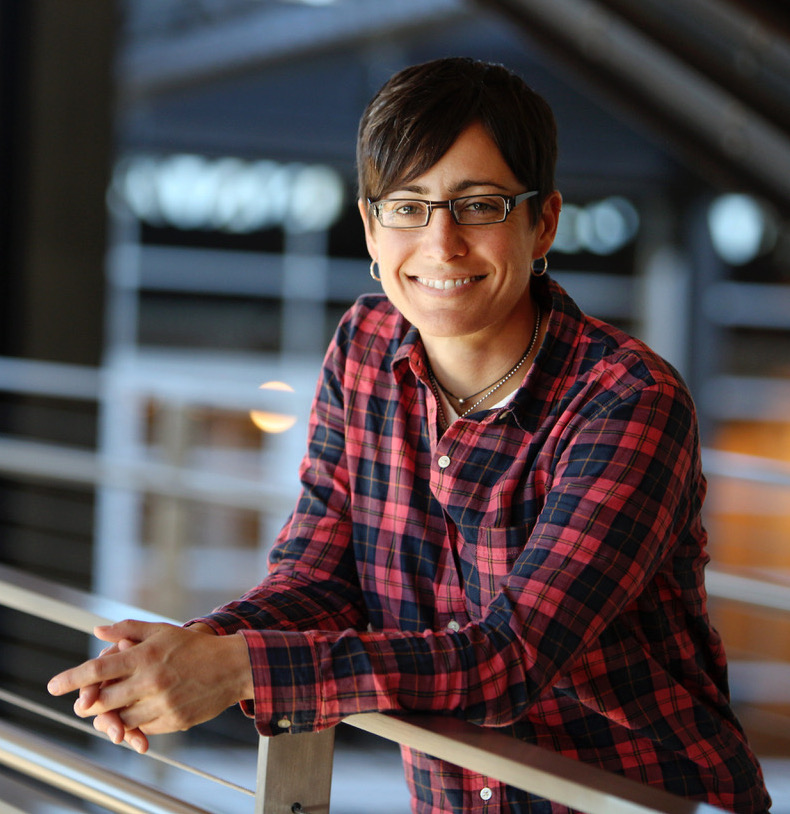 Danielle Feinberg began her career at Pixar Animation Studios in February 1997, and in the 18 years since then, she has worked on nine of Pixar’s 14 feature films – A Bug’s Lifem Toy Story 2, Monsters, Inc., and the Academy Award®-winning Finding Nemo The Incredibles, Cars, and Ratatouille. Feinberg was the director of photography-lighting for the Academy Award®- winning features WALL•E, Brave, and Coco. Recently she was the supervising technical director and director of photography-lighting on the SparkShort Loop and is currently the supervising technical director on an upcoming Pixar feature.

At the age of 23, Feinberg’s first role at Pixar was as lead render technical director on A Bug’s Life, where she was in charge of a team of nine people, eight of whom were older than herself.  She quickly discovered her love of lighting because of the unique combination of technology and art.

Feinberg went on to work as a lighting artist on many of Pixar’s feature films, where she quickly moved up in the ranks – from master lighting artist on Toy Story 2 and Monsters, Inc. to lead lighting artist on the The Incredibles. On Finding Nemo, Feinberg took on the role of ocean unit CG supervisor, where she was responsible for the  teams creating the scenes in the depths of the ocean, the field of pink jellyfish and the rollercoaster ride with the turtles.

For WALL•E she returned to her passion of lighting as the director of photography-lighting. In that role she led a team of over 30 lighting artists to design and execute the photo-real “filmic” look envisioned by the film’s director.

Feinberg was once again in a lead creative role as director of photography-lighting for Brave, which stars Pixar’s first female protagonist. She has continued that role on several Pixar features until stepping into a new challenge as supervising technical director on the SparkShort Loop and an un-announced Pixar feature currently in development.

A native of Boulder, Colorado, Feinberg’s love of combining computers and art began when she was eight years old, and first programmed a Logo turtle to create images. This eventually led her to a Bachelor of Arts in Computer Science from Harvard University. Now, in addition to her Pixar work, she enjoys photographing the real world with its ornery, non-virtual light, and works with teenage girls, encouraging them to pursue math and science by demonstrating to them the same beautiful simplicity she found with the programmed art of the Logo turtle.