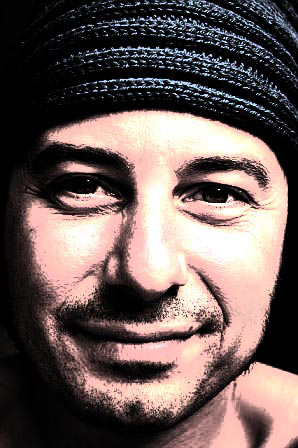 Nikos Kalaitzidis is
an award-winning computer graphics supervisor who has contributed his
talents to 17 feature films and numerous commercials over the course of
his fifteen-year career. He most recently served as digital effects
supervisor on “X-Men: First Class” and held supervisory roles on films
including “TRON: Legacy,” “G.I. Joe: The Rise of Cobra,” “The Curious
Case of Benjamin Button” and “Daredevil.” In 2009 Nikos was honored to
receive a Visual Effects Society (VES) Award for Outstanding Visual
Effects in a Commercial for his role on Bacardi “Sundance,” a spot that
was notable for its innovative use of motion capture to drive Digital
Domain’s proprietary fluid simulation system. Additional film credits
include “The Golden Compass,” “Spider-Man 3,” “Adaptation.,” “A
Beautiful Mind,” “How the Grinch Stole Christmas” and “Titanic,” among
others. Nikos is a member of the VES
and is currently working on the upcoming film “47 Ronin.”