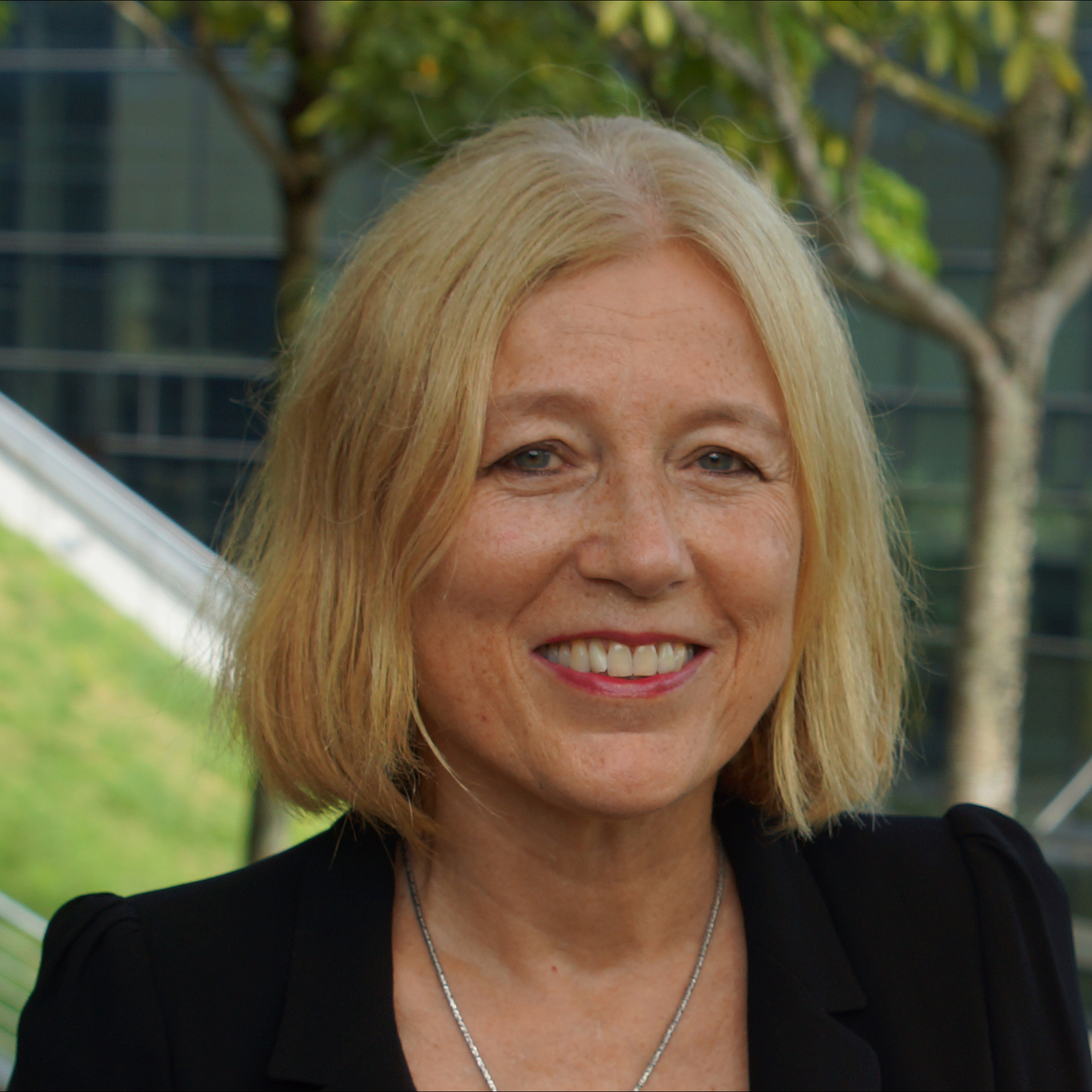 Vibeke Sorensen is an artist, composer, and professor working in digital multimedia and animation, stereography and immersive multimedia, interactive architectural installation, and networked visual music performance. Her work in experimental new media spans five decades and has been published and exhibited worldwide, including  books, galleries, museums, conferences, performances, film festivals, and television. She is known for her innovations in new media technologies stemming from art-science and art-engineering collaborations at institutions including Rensselaer Polytechnic Institute, Princeton University, the University of Southern California, the University of California San Diego / San Diego Supercomputer Center, the Neurosciences Institute of La Jolla, the California Institute of Technology (Caltech), and Nanyang Technological University in Singapore.

Her artwork has been exhibited at ACM SIGGRAPH multiple times beginning in the early 1980s. She served as Chair of the 2007 ACM SIGGRAPH Art Gallery: Global Eyes. Her recent 2020/2022 work,  Tree Dress is exhibited in the 2022 ACM SIGGRAPH DAC exhibition The Earth, Our Home: Art, Technology and Critical Action and includes her video documentary short entitled The Forest, the Punan & the Tree Dress (2022).

Sorensen began her creative work with computers in 1972 while studying architecture in Denmark, developing the concept of “liquid architecture” to further her vision of a “global visual music.” In 1974,  at the University at Buffalo’s Center for Media Study, the State University of New York at Albany’s Electronic Music Studio, and the WNET TV Laboratory in New York City, she created Videocean (1974-1976), a compilation of Rutt-Etra analogue computer animated works and original electro-acoustic music.  Her work was featured on the cover of Videography Magazine in 1979, and included an article entitled “Vibeke Sorensen: High Tech Video Art”. Sorensen received a New York State Council on the Arts CAPS Grant for her work in video and computing in 1980. In 1981, her collaborative work Tempest won First Prize in the International Visual Music Festival at UCLA.

From the mid-1980s – early 1990s, she was on the faculty of the California Institute of the Arts, where she founded the Computer Animation Laboratory (CAL) in 1984. There she created sequences for Omnimax films including The Magic Egg (1984) and The Seasons (1987), and multi-monitor visual music works Concurrents (1988) and NLoops (1989). Sorensen was also a Visiting Associate in Computer Science at the California Institute of Technology, and animator at the Jet Propulsion Laboratory/NASA where she worked on space missions including Voyager, Mars Rover, Mars Observer, and VEEGA. She was a consultant at Disney Feature Animation, and at the San Diego Supercomputer Center (SDSC)/UC San Diego in 1986-87. In 1987, she delivered a conference paper entitled “The Contribution of the Artist to Scientific Visualization” at the Jet Propulsion Laboratory’s Symposium on Scientific Visualization, which inspired subsequent publications with similar titles by other artists. Sorensen’s paper was published in 1989 by the San Diego Supercomputer Center (SDSC). At SDSC she co-founded the Advanced Scientific Visualization Laboratory (ASVL) with support from the National Science Foundation (NSF), developed the Interactive Stereoscopic Animation  (ISA) system and produced her abstract visual music work Maya (1993). The title “Maya” is from the Hindu, meaning the relationship between illusion and reality. The images and code she created for its development and realization extended Wavefront Software at the time, which she exchanged with the company for use of their software. Wavefront subsequently changed the name of their software to “Maya.”

In 1997, Sorensen received a major grant from Intel Corporation for her Global Visual Music (GVM) project while a professor at the University of Southern California’s School of Cinematic Arts, where in in 1995 she founded the Division of Animation and Digital Arts (DADA). The GVM project extended the open-source computer music software Pure Data (Pd), created by Miller S. Puckette, by adding 2 and 3D computer animation, stereoscopy, video, networking, and interactive physical computing  (GEM, or Graphics Environment for Multimedia). Her solo and collaborative creative work and research in computer graphics and animation, networked performance and interactive architectural installation, big data, wearable technologies, Internet of Things (IOT)/Internet of Living Things (IOLT), as well as cognitive computation and ethnography, include Morocco Journal (1995),  Mindshipmind (1996), Lemma 1 (1997), Lemma 2 (1999), Morocco Memory II (1999), Dreamscape (2005), Sanctuary (2005), Illuminations (2013), Vishwaroop (2014), Mayur (2015), Mood of the Planet (2015), Digital Amulet (2017), In Other Wor(l)ds (2018), Tree Dress (2020/2022), and Starlight (2021). These works continue to extend Pd/GEM as well as other experimental digital media processes, while engaging multiculturalism, world cultures and cosmologies, and ethnography. Sorensen frequently collaborates across cultures and fields including most recently quantum physics and relativity (Starlight, 2021), and anthropology (Tree Dress, 2020/2022) in collaboration with Dr John Stephen Lansing.

Sorensen is a 2001 Rockefeller Foundation Fellow in Film/Video/Multimedia, and the 2005 Knight Distinguished Visiting Lecturer (the highest award the University bestows) at the University of Manitoba, Winnipeg, Canada. She received the Catedra (career award) from the Federal University of Minas Gerais, Brazil in 2006.

She was Professor at Nanyang Technological University (NTU) in Singapore from 2009 – 2021 where she served as Chair (or Head of School) of the School of Art, Design and Media (ADM) from 2009 – 2019. She was also the Founding Director of the ADM Centre for Asian Art and Design (CAAD). From 2016-2019 she was also Adjunct Professor of Design, Games and Interaction in the School of Media and Communication at the Royal Melbourne Institute of Technology, RMIT University, in Melbourne, Australia.

Recently, she was a 2021-2022 Visiting Scholar at the Center for Advanced Study in the Behavioral Sciences (CASBS) at Stanford University where her research included explorations of musical and calendrical polyrhythms from Bali to Kauai using digital media, and on the emergence of Jungian archetypes from dream networks.

Currently, she is Associate Faculty at the Complexity Science Hub Vienna (CSH Vienna), and lives in Kauai, Hawaii, USA.