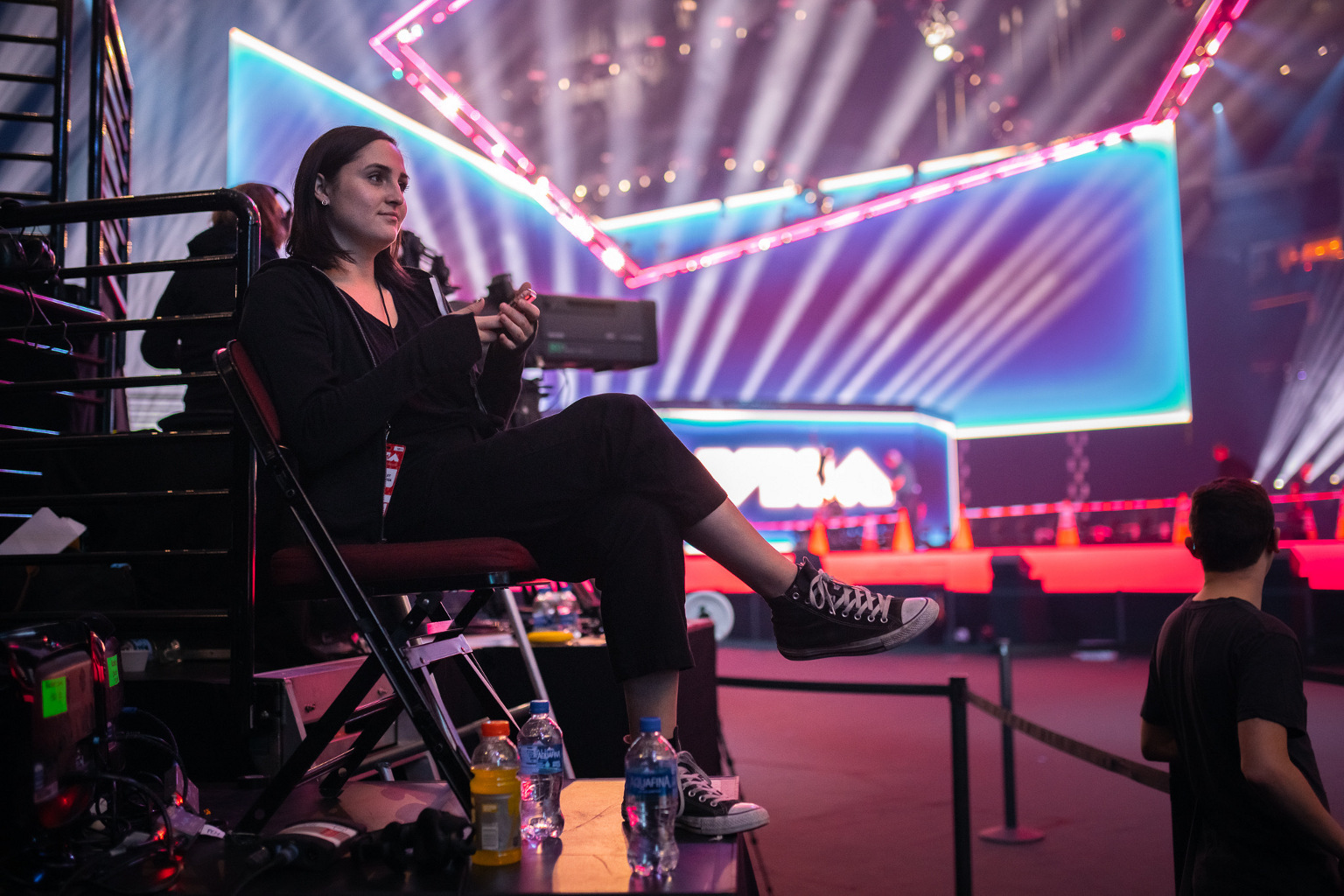 Hailey Mendoza is a designer at VTProDesign where she focuses on 3D animation and robotics. Hailey got her start in Graphic Design in 2012 and was inspired to learn more about production design and concert visuals after attending a Flying Lotus show in 2015. Soon after, she taught herself Cinema 4D, Resolume, and After Effects, embarking on a journey into animation. In her last semester at Cal State Long Beach, Hailey started an internship at VTProDesign, and has been a key member of the creative team ever since. 5 years later, Hailey has grown her skill set to include robot animation, and has worked on high profile projects at VTProDesign including MTV VMAs in 2019, OFF Some of her favorite projects include making interactive content to be projected on the Red Rocks Amphitheater in Denver this past Summer, and her first live visual pack with Mr. Carmack’s Coachella performance in 2016.