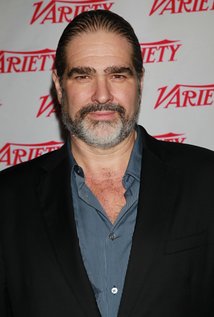 Brett Leonard is an award-winning Filmmaker/Futurist with over 25 years of Hollywood experience as a pioneer in both the development and use of new media technologies.  He is widely recognized as a top thought-leader in VR since introducing the concept and term ‘virtual reality’ to popular culture in the seminal hit film “The Lawnmower Man”.  In developing the concept of the ‘FragFilm,’ Leonard won the PGA's 2010 Digital 25 Award (with other recipients including James Cameron, Ridley Scott, and Mark Zuckerberg).  Most recently, he’s in post-production on “Hollywood Rooftop”—a first-of-its-kind immersive concept, concurrently crafted as both a 2D feature-film and ten-part CEEK VR Series—and has just wrapped principal photography on the family feature, “Triumph”, starring Terrence Howard and R.J. Mitte.  He also has several high-concept immersive initiatives underway through his company, Studio Lightship, notably led by the “MacGyver VR Escape Rooms”.