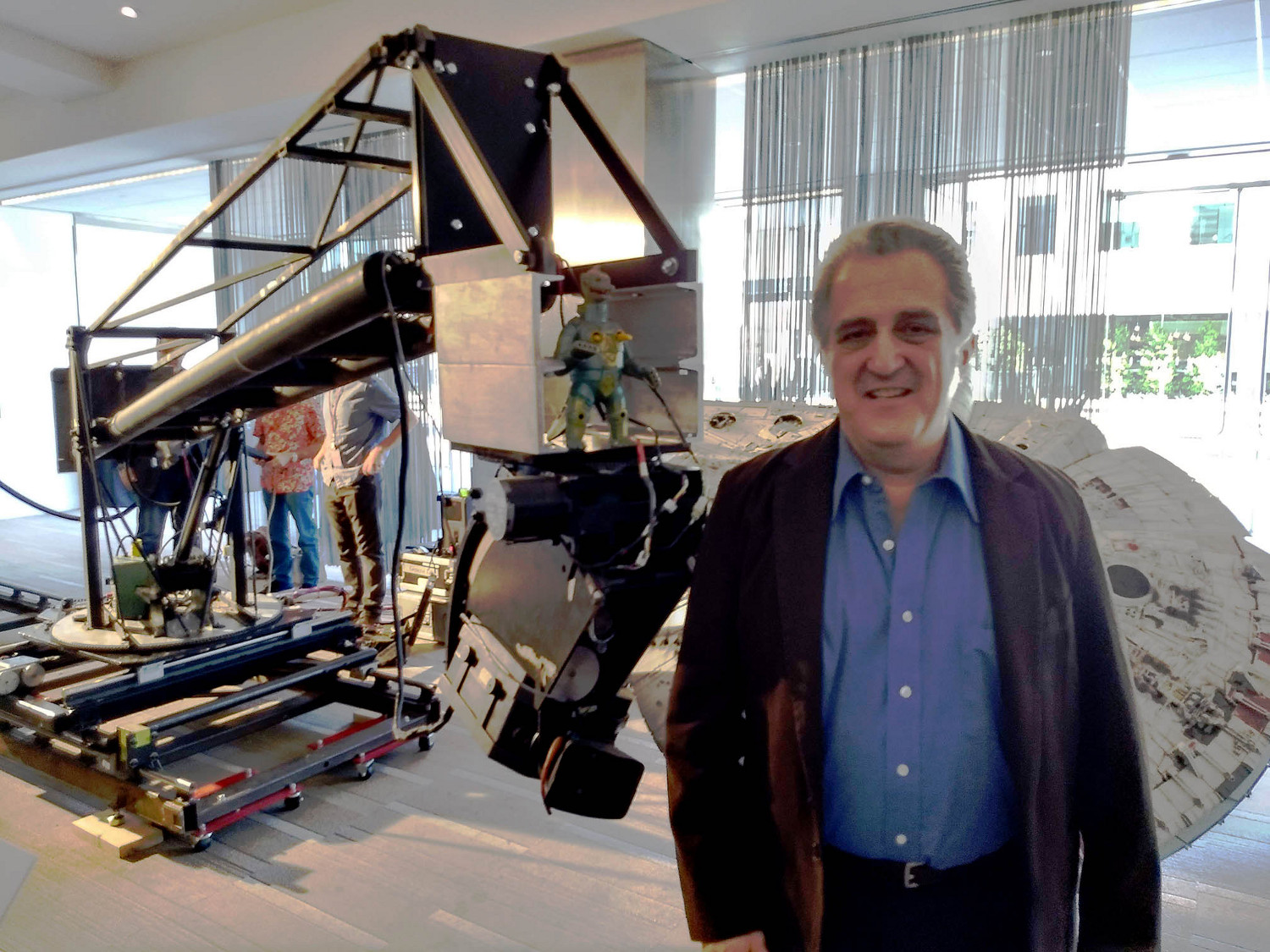 Richard’s interest in film making began as a summer project making movies with his friends. His project, based on the original Star Trek TV show, gave Richard a passion for film making, and through this experience he developed skills in special visual effects, film technology, film production, management and budgeting, all culminating in a degrees in Cinema Arts, and business management.

Richard’s experience designing and building the equipment needed to make his summer films lead to his first job in Hollywood, working for F&B Ceco of Hollywood, a major film equipment rental company. Richard was quickly made manager of the optical department where he maintained cameras and lenses. Networking while at F& B Ceco opened the opportunity to become part of the crew for Close Encounters of the Third Kind at Douglas Trumbull’s company Future General Corporation. Starting as an equipment engineer, Richard moved closer to his first passion and became part of the camera crew shooting the new Show Scan process on a project titled Night of Dreams.

In 1973 Richard was offered a job helping to build one of the largest visual effects facilities in the United States at the time, the Universal Heartland facility. Brought in as chief engineer for the facility, Richard managed the engineering department, the machine shop, and eventually moved on to work as a visual effects cameraman. His work there included the design, engineering and development of much of the motion control and visual effects equipment that became a part of the Hartland facility. Richard’s engineering skills and expertise as a camera man added to projects such as Battlestar Gallactica, Buck Rogers in the 25 Century, Cheech and Chong’s Up in Smoke, Airport 79 and many other television commercials, TV shows and feature film projects.

In 1981 Richard opened the doors to his own business, Cinema Engineering Company, specializing in designing and building motion control systems and photographic equipment for the motion picture industry. Later that year, in partnership with David Stipes, Richard opened and operated a very successful visual effects studio. Together for nine years, Richard and David provided visual effects for many feature films, TV shows, local and national television commercials and mini-series. A few of their projects included The Thorn Birds, Ice Pirates, Real Genius, Return of the Living Dead, Tales of the Gold Monkey, Star Crossed, The Twilight Zone, and many other projects, including award winning national television commercials for American Airlines, Data Point Computers, Keebler Cookies and many more.

Richard’s experience managing people and budgets on large and small productions led to his Emmy nomination as Special Visual Effects Supervisor on the Warner Brothers Mini Series V the Final Battle. Richard currently works as a Director of Photography, Producer, and Visual Effects Supervisor / Producer. He continues to operate Cinema Engineering Company as well as a new venture, Cinema Gear.com . Most recently Richard has been working as director of photography on feature films including The Stone Man and Dismembered and is currently involved as line producer with 3D Entertainment Company on several of their projects.