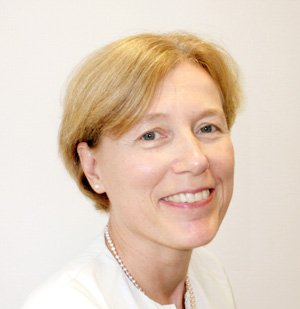 Vibeke Sorensen is an artist and professor working in digital multimedia and animation, interactive architectural installation, and networked visual-music performance. Her work in experimental new media spans more than 3 decades, and has been published and exhibited worldwide, including in books, galleries, museums, conferences, performances, film festivals, on cable and broadcast television, and the internet.

She has a long history of collaboration with scientists in developing new technologies, including at Rensselaer Polytechnic Institute, California Institute of Technology, the University of California, San Diego/ San Diego Supercomputer Center, and the Neurosciences Institute of La Jolla. Since 1980, she taught and developed programs in interdisciplinary digital media at Virginia Commonwealth University, Art Center College of Design, California Institute of the Arts, and Princeton University. From 1994 - 2005, she was Professor and Founding Chair of the Division of Animation and Digital Arts, School of Cinema-Television at the University of Southern California. From 2005 - 2007, she was Professor of Film and Media Studies and Research Fellow in the Center for Film, Media, and Popular Culture in the College of Liberal Arts and Sciences at Arizona State University in Tempe. From 2007 - 2009, Vibeke Sorensen was Professor and Chair of the Department of Media Study at the University at Buffalo, the State University of New York. Currently she is Professor and Chair of the School of Art, Design, and Media at Nanyang Technological University (NTU) in Singapore, where she is Founding Director of the Centre for Asian Art and Design.

Vibeke Sorensen has also been a consultant for Disney and the Jet Propulsion Laboratory/NASA , and her research in new technologies has been supported by the National Science Foundation, the USC Annenberg Center for Communication and Zumberge Fund for Innovation in Research, as well as Intel Corporation. She is a 2001 Rockefeller Foundation Fellow in Film/Video/Multimedia, and the 2005 Knight Distinguished Visiting Lecturer at the University of Manitoba, Winnipeg, Canada.

Her performance work in collaboration with composer Rand Steiger, Dreamscape, was premiered in New York City on May 14, 2005 by the contemporary music ensemble MOSAIC. Sanctuary, an interactive installation made in collaboration with the midia@rte Laboratory of the Federal University of Minas Gerais, Belo Horizonte, Brazil and Professors Miller Puckette and Shahrokh Yadegari of the University of California, San Diego, was premiered at Gallery One One One at the University of Manitoba, Winnipeg, Canada in October of 2005. Green Memories, a real-time performance work based on the poetry of Persian author Forugh Farrokhzad, also made in collaboration with Professor and composer Shahrokh Yadegari, was premiered on November 18, 2005 as part of Only Sound Remains at the Japan-America Theatre in Los Angeles. She collaborated with Brazilian artist Francisco Marinho on the interactive installation, Palavrador (maker of words) as part of the Open Books project in 2006-7.

Vibeke Sorensen was also Chair of the 2007 ACM SIGGRAPH Art Gallery, Global Eyes. In 2010, she co-edited, together with Professor Naren Chitty of Macquarie University in Sydney, Australia, a Special Issue of The Journal of International Communication entitled "Making the Net Work". In 2011, she was a member of the International Program Committee for ISEA2011 Istanbul and Culture and Computing 2011, Kyoto, Japan. Her recent stereoscopic work Green Space was exhibited at Parallax 2012 in Prague, and her newest multi-screen real-time installation work, Crystal Aurora, was exhibited at the International Visual Music Symposium at NTU in Singapore in October of 2012.