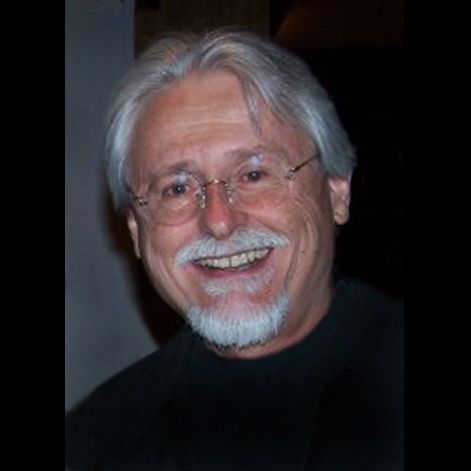 Michael Scroggins received his MFA from CalArts where he has been a member of the faculty since 1978. His work in absolute animation extends a cinematic tradition that began in the twenties with the work of visionary artists such as Oskar Fischinger, Viking Eggeling, and Walther Ruttman. Like those pioneers, Scroggins aspires to the creation of a visual experience that resembles musical experience in its ability to achieve affect purely through the architectonic structuring of basic elements such as shape, color, texture, and rhythm.

He has been active in the field of immersive Virtual Reality, and in 1992 received a grant from the Banff Centre for the Arts to produce a VR work, “Topological Slide", which premiered in 1994 at The Fourth International Conference on Cyberspace. His ongoing research into the potential of gesture capture in creating realtime absolute animation in immersive VR has led to the development of the visual performance instrument, “Anaphorium”, which is scheduled for release on the HTC Vive platform in 2018.